Without music & entertainment, nothing separates us from the apes. The Bros who have stood out and made sure that dude’s everywhere didn’t have to struggle to put a playlist together to impress a chick, and represented the real way musicians should live recklessly will live forever in the Bro Force Squad Hall of Fame.

Hugh Hefner– Had an idea to take pictures of naked hot women and become a millionaire while doing it! SHIT why the fuck didn’t I think of that! Then he housed all his models like a college campus with him being the House Manager touché good sir you! So let’s all get our lotion and rub one out to Hef(s playmates)!

Vanilla Ice– It was between him or MC Hammer and Banner said, “Ice was in TMNT 2 so case closed!” and yes he was drunk at the time.  However, anybody who can get way more ass than all of us combined because he has one more good song than us needs to be in the HOF

The Acoustic Guitar – Probably the greatest man made tool ever; a pussy catcher if you will.  The best part about this foreplay sex tool is you don’t even need to know how to use it for it to be effective.  At a house party just put it on your lap, say “I can’t play it. The damn thing needs re-strung.” and then close the deal!

Elvis “The Pelvis” Presley  – Any time parents hate you it makes chicks want you more that’s science. He found his wife on an army base. Do you have any idea how hard it is to find hot ass on an army base? Fucking Ann Margret in her prime was also a mark in the plus column. 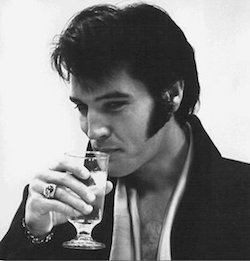